Ages and ages ago, I posted about the lawns, and about grass, and about how we were installing zenith zoysia grass where ivy once was.

Let me tell you how awesome grass is.

No, wait. Let’s start with this little guy:

I think we all know how awesome this little guy is not, right? I was listening to a biologist talk about the zika virus on NPR a few months ago, and when the interviewer said: But we all know we need mosquitoes as an essential part of the food chain, the biologist said: Not this particular species, no, the ecosystems would be perfectly fine if we could nuke them from orbit.

We have a lot of these little guys. Why? Because (and I didn’t know this until Brown and I moved into this house) while mosquitoes breed and spawn in stagnant water, they live under dense vegetation, and they prefer large waxy leaves that trap moisture. Like ivy.

Of which most of our property–hell, our entire neighborhood!–is covered.

A few years back, I started putting grass down on the spots where we had removed the ivy. Now, I’m an environmentalist, and my degree is in environmental psychology, and if you give me any variation of “Lawns are destroying the planet and ivy is much better for everyone, everywhere,” I will punch you dead in the snoot. Because I haven’t mowed or watered in three weeks, and I haven’t fertilized all summer*, and the grass still looks like this:

Zoysia is drought-resistant, requires significantly less mowing during dry periods, and does better on a restricted fertilizer schedule. It’s also shade-tolerant and thick enough to choke out most weeds. I go through and yank a few weeds on my way to the car every day, and that’s it. That’s all I do for maintenance. And it looks like this: 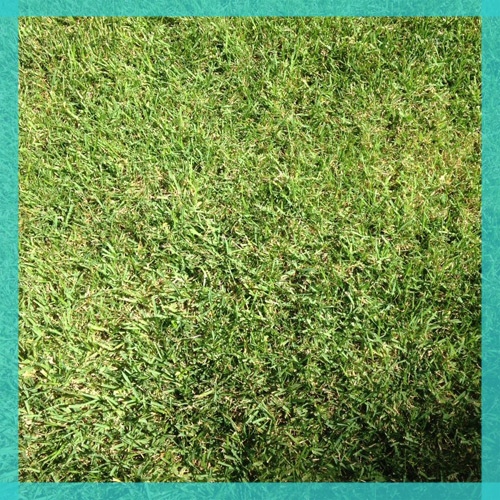 Zoysia grass has a deep root system and offers better overall erosion control than ivy. Getting the front lawn established has played a huge part in keeping the basement dry. It’s a self-healing grass, too: it spreads both above the soil and it in rhisome clumps below. Damage is knitted together within a season.

(Honestly, zoysia grows so well and so quickly that it would probably an invasive pest, except for the fact that the rest of the property is either mulch or ivy. I can yank it out of the mulch, no problem, and I’m eagerly awaiting a winner-take-all cage mach between the grass and the ivy.)

It does go brown in the winter, though, and it does not like being trampled by Puppy. But to be fair, Puppy plays fetch like it’s a high-impact sport, and I’m not sure Astroturf would hold up to him. I’ve had to lace the backyard with some fescue grass to make sure Puppy doesn’t turn the whole thing into a mud pit.

Oh, and this particular blend of grass is much, much less likely to tear down your trees than ivy. I think that will be the next blog post. 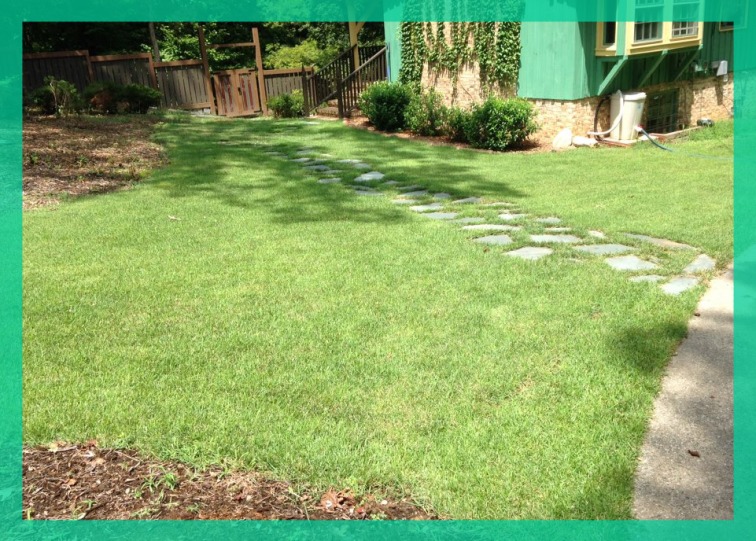 *In the front yard. The back is still being established, and is more resource-intensive at this phase.