What’s going on here? It started as a blog about repairing a semi-historical home. It almost immediately devolved into ranting about a money pit.

What do you mean by Patreon? Brooke’s Patreon Supporters at the $10 and up tiers get private access to blog posts a week before these go live.

Why was there a two-year hiatus? We wanted to get the hell out of here, and we realized the blog was a liability for sales. So, we went silent.

Is it really as bad as you say? Some days, no. Other days… 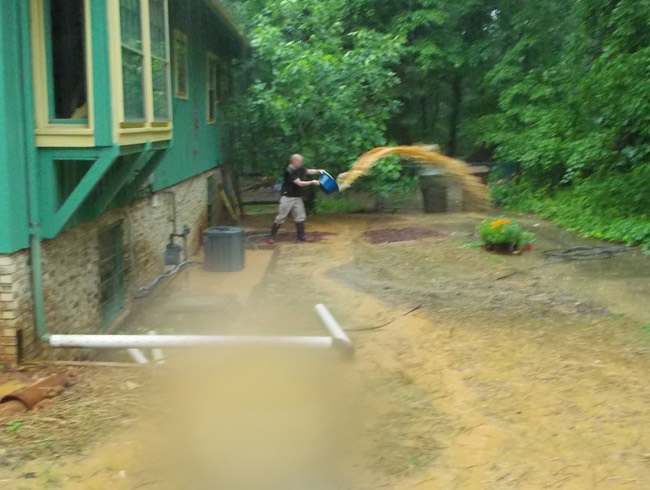 Surely you’ve made some progress? Yes. Yes, we have. The basement doesn’t flood (as much), the landscaping is coming together (in places), and the house is no longer covered in ivy (which is a shame, as it turned out to be load-bearing ivy. Not kidding.) But to give you an idea of the scope of the problem, when we moved in we knew we’d have to repaint and update the electric. Turns out there was so much else that needed fixing that we haven’t touched either of these.

What are you going to do? We’ll keep charging the enemy until no life is left. After that, we’ll probably rent a nice condo or something.